Posted by Steve - on 10/11/2016 to News
Very good news today for the world’s oceans. The last pristine ocean ecosystem remaining on earth is now protected thanks to a landmark agreement hammered out by 24 nations and the European Union. Over 600,000 square miles of the Ross Sea in Antarctica will be off-lmits to commercial fishing and hunting of marine life.The Ross Sea is a deep bay in the Antarctic Ocean, which produces about three-quarters of the nutrients that sustain life in the rest of the world’s oceans, upwelled by currents that carry them around the world.BBC - World’s largest marine protected area declared in Antarcticahttp://www.bbc.com/news/science-environment-37789594THE LAST OCEAN film profiles the Ross Sea and the long international battle to protect it. Featuring top scientists, including Dr. Sylvia Earle and Dr. Daniel Pauly, as well as international political leaders, the film examines both the science and politics behind the efforts to preserve Earth’s last truly wild ocean."Highly Recommended. Beautifully filmed, with stunning images of wildlife and glaciers. The Ross Sea debates in this documentary provide an excellent window into the current state of environmental science and politics.” -Educational Media Reviews Online 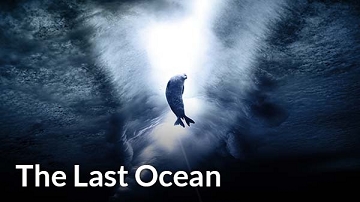