THE LATEST NEWS FROM THE VIDEO PROJECT
Posted by Steve -- on 10/1/2016 to News
The United Nations Office for Disarmament Affairs on October 12 is screening THE NUCLEAR REQUIEM,  a new film produced by former ABC News Executive Producer Robert Frye now available from The Video Project.

North Korea’s nuclear tests and the potential for a new global arms race with Russia provide stark reminders of the enormous threat posed by the most lethal weapon ever invented.

Featuring more than 30 top security experts from around the world, THE NUCLEAR REQUIEM  presents an updated, in-depth look at the continuing danger nuclear weapons pose, an honest assessment of the current obstacles to disarmament, and a frank, yet hopeful, discussion of what it will take to overcome the roadblocks to a safer world.

The film includes footage from President Obama’s historic visit this year to Hiroshima, the first by a U.S. President. In his speech, Obama suggests we must "look directly into the eye of history and ask what we must do differently to curb such suffering again."

"Intriguing and compelling... highlights the terror and hope nuclear weapons invoke.”
- William Lanouette, Author, Genius in the Shadows: A Biography of Leo Szilard 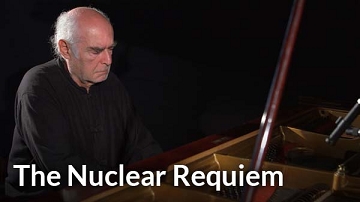